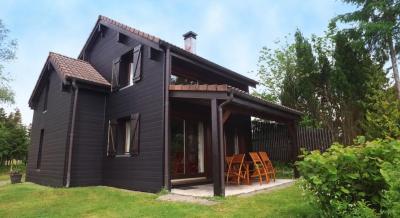 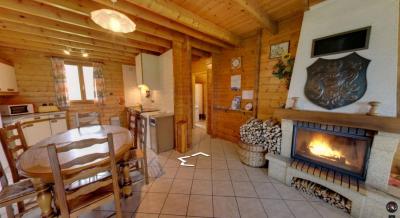 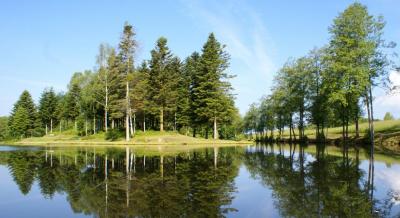 Is a small touristic town with around 1000 inhabitants tastefully decorated (awarded a 1st “Fleur” in 2010) and pleasant to discover.
The origin of its name could be Gallo-Celtic; either from SERVAS meaning ‘lMairie de Servance ake with fish’ or from SERW-EVAN meaning ‘Lakes Mountain’.
Having the necessary services and commercial facilities in a rural background, SERVANCE welcomes many holiday makers who enjoy its calm and peaceful natural setting. The commune itself is very extensive (about 4000 hectares) and covers the most typical part of the Plateau des 1000 Etangs - Plateau of the Thousand Lakes: water, woods and pure air.

Servance’s Town Hall, which is listed as a “Bâtiment Historique”, is the most handsome example of the Vosges-Saônoises’ Town Hall-Elementary School buildings.

On the façade of the Town Hall you will see the Commune’s seal with its coat of arms whose motto in Latin “Patrum et Patriae Honorem Servans” translates to “Protecting the Forefathers' and Homeland's Honour”. SERVANCE’s church, rebuilt in 1689, is known for its magnificent 17th century Baroque Retable. Sculpted in wood, brightly painted and gilded, it has been listed as an historic monument since 1969. Also worth noting are the very figurative stained glass windows put into place after the last war.

The River Ognon, which crosses SERVANCE from north-east to south-west, gives birth to the Saut de l’Ognon situated at the limit of SERVANCE in the direction of LURE. A glacial constriction results in a cascade with a drop of 13 metres. Access is by means of a path with several tables. Come to the domain